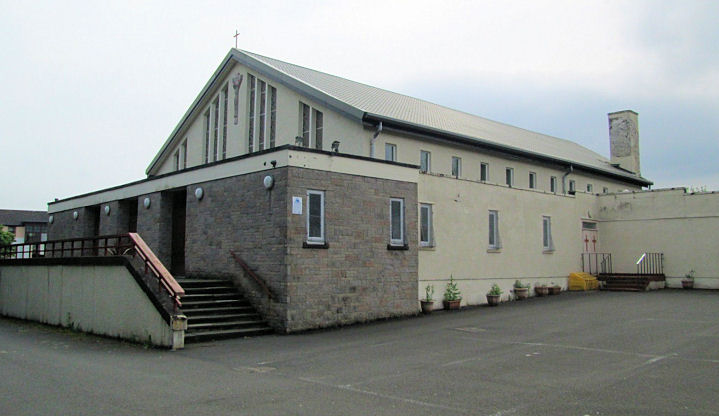 Fr David Murie (1899 – 1900). Ordained inSt Andrews Cathedral Glasgow on 23rd June 1889, he served in the parishes of St Patrick’s Glasgow and St Mary’s Glasgow. Working from Alexandria, Fr Murie was given charge to build a parish in Renton. Over the next two years he channelled his energies into raising funds for the construction of the Church and Presbytery until his goal was finally achieved in August 1899, when the parish of St Martin of Tours Renton was officially opened. Sadly the strain of founding the parish from 1897-99 had detrimental effect on his health and he died in Airdrie on 7th June 1900 at the age of 36 years. The master of ceremonies atb the funeral mass for Fr Muire was Fr Hugh Kelly who was appointed parish priest of St Patrick’s Dumbarton where he served for over half a century and became the well remembers Monsignor Kelly.

Fr Stephen Thornton (1908 –1914) served as Parish Priest for six years before volunteering as a Chaplain for H.M.Forces in World War I.

Fr John Fleming (1914 -1923) he guided the parish through the difficult years of the Great War and helped the villagers come to terms with the loss of many loved ones in the demanding years that followed the 1918 Armistice. He later became parish priest at St Anne’s Dennisoun, where he eas responsible for building the magnificent church and chapel house. He died at the age of 65 years in 1941.

Fr Joseph Crumley (1923 -1928) he served the parish for five years before being transferred to St Charles’ Paisley, and was later appointed to succeed Fr Fleming at St Anne’s

Fr George Stuart (1929 -1937) Fr Stuart went on to become parish priest at St Joseph’s Cowcaddens, and later St Peters Partick; he is the only former parish priest to become a member of the Glasgow Cathedral Chapter of Canons.

Fr Mattew Quillinan (1937 -1939) he served the parish for two years before being appointed parish priest of St Anne’s Cadzow in Hamilton.

Fr Edward Bradley (1939 -1947) served the parish for eight years guiding the parish through the trauma of the Second World War. He died on Ash Wednesday, 17th February 1947 aged 54 years and is the only parish priest to have died in office in the hundred year history of the parish. Parishioners and friends donated a Benediction Monstrance in his memory, which is still in use.

Fr Jeremiah O’Leary (1947 -1950) Prior to arriving in Renton in 1947, Fr O’Leary spent 13 years as a curate in Alexandria. Following three years service in Renton he was posted to Dumbarton where he continues the work of building the church of St Michael’s which opened on 23rd May 1954. He died on St Joseph’s day in 1959.

Fr Charles Burns (1950 -1951) Fr Burns served only eight months as poor health interrupted his service . he retired to St Anne’s Windsor Gardens Musselburgh where he died at the age of 58 years in1962.

Fr Michael O’Sullivan (1951 – 1974) Ordained to the priesthood on 9th June 1929 inst Mary’s Cathedral Kilkenny, Fr O’Sullivan served in the parishes of St Charles, Newton and St Constantine’s Govan, before being appointed parish priest of St Martin’s in September 1951. One of the most inspirational figures in the history of the parish – and the 2nd longest serving parish priest – he was responsible for building the new church, which was opened by Archbishop James Donald Scanlan on 13th December 1970. Fr O’Sullivan was forced to retire due to ill health in March 1974, when he went to live in St Paul’s home Clonakilty County Cork, where he died on 10th September 1977. It was indeed fitting to hold our centenary celebrations of the parish on his 22nd Anniversary of his death.

Fr Daniel Gallagher (1974 -1976) Ordained to the priesthood on 29th June 1946 in St Andrew’s Cathedral Glasgow, he held appointments in the parishes of St Mary’s Paisley, St Brendan’s Yoker, St Vincent de Paul’s Thornliebank, St Roch’s Garngad and as parish priest of St Nicholas’ Glasgow. He was appointed to succeed Fr O’Sullivan in 1974 and remained at St Martin’s until December 1976 when he was appointed parish priest of St Gregory’s Wyndford. He died on 2nd July 1995 in his fiftieth year of his priesthood. 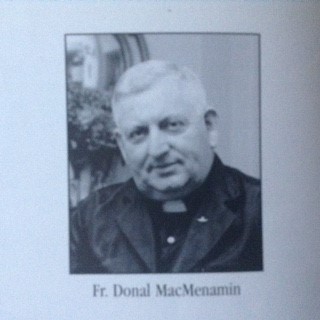 James Canon Simcox (1981 – 2008) Ordained to the priesthood on 21st June 1953 in All Hallows’ College, Dublin. He served in the parishes of St Charles’ North Kelvinside, Goodshepherd Dalbeth, St Michael’s Dumbarton and St Paul’s Whiteinch before coming to St Martin’s in April 1981. He is the longest serving parish priest in the history of the parish. Canon Simcox arranged the celebrations for the Silver Jubilee of the present church and its Solemn Dedication by His Eminence Thomas Joseph Cardinal Winning R.I.P, Archbishop of Glasgow, on 13th December 1995. He retired to St Joseph’s nursing home and passed away peacefully on the feast day of St Andrew, 30th November 2016.

Fr Peter McKelvie (2008 - 2011) served as parish priest for three years before retiring to Nazareth House where he died peacefully on 29th March 2019.

Fr John Mulholland (2011 - 2015) served as parish priest for four years before going to Our Lady and St Helens Condorrat. 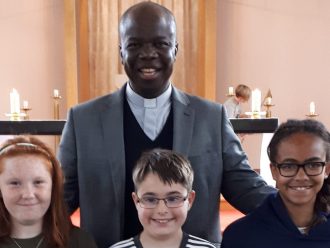 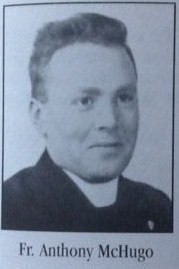 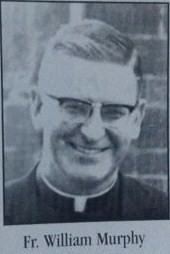